New Year's resolutions?
Not a fan.
Well, I say that but I'll probably try and harden my resolve in finishing up some things I've been putting off for a while. Speaking of which... 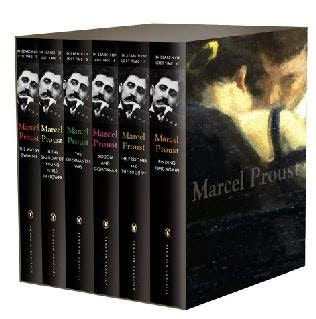 Literary snobs.
I'm probably one.
Okay, okay... Definitely one. I cannot help but snigger loudly into my embroidered handkerchief whenever someone mentions the words "Code" and "Da Vinci" (not necessarily in that order) in any positive context. Similarly, other books will invoke a feeling of disdain even though I've never actually read them and they might even be rather good. (E.g. For some reason or another, Shantaram falls into this category.) It's not something I'm necessarily proud of - or perhaps even justified in feeling - but it's a hard trait to shake nonetheless.
Anyway, I have a competition going with a  friend, Bloomsboy - who I mentioned here and who's quite possibly more snobbish than me - whereby we are meant to read six epic novels. I can't remember exactly where we hit upon the idea, but it was some time while we were traveling through Africa together (which I might write more about later) and comparing the size of our literary dongs. Figuratively speaking, of course.
The criteria are simple. The chosen books shall be a) Very long, and b) Widely considered as "classics". Our challenge thus involves the following:
1) Anna Karenina - Leo Tolstoy
2) War and Peace - ibid
3) Don Quixote - Cervantes
4) Ulysses - James Joyce
5) Moby-Dick - Herman Melville
6) In Search of Lost Time - Marcel Proust (This was a somewhat late addition to the party and I don't think we've quite decided on how many volumes we're supposed to cover. I'm hoping it's not the whole bloody thing...)

Ingeniously enough, the winner will be decided the old navy way: First guy to die, loses! is simply the person who completes all six first. So far the score is tied at one-one. I'm down War and Peace, while Bloomsboy has got Ulysses under the belt. To be honest, I read W&P some time before our actual bet started. Still, I certainly regard it as one of the best books I've ever read and, as such, I'm looking forward to Anna K. It doesn't hurt that I've yet to hear a bad review of it... Much the same for Don Quixote. I'm less enthusiastic about numbers 4 through 6. Apparently Moby-Dick contains 90-page descriptions of whaling ships... Zzzzzzzzz.
The aim had been to get them done before I hit the big three zero, but at, uh, current rates that might be a bit on the tight side. (The seven volumes of ISOLT alone come to a million and half words!)
I was wounded to learn that the GF is backing Bloomsboy for this title. True, he is an English major and I'm a lowly economics grad. However, you underestimate my fear of losing!
May the best snob win.
o-[-<
PS - Oh, happy 2011 everyone :)
Twitter Facebook LinkedIn