I went to a talk last night by Paul Collier. For those of you who don't know, Collier is a big cheese in the development studies world, probably best known for his acclaimed 2007 book, "The Bottom Billion". (I'm fairly embarrassed to say that I actually haven't read it yet. It's been on my bookshelf for a while, but the GF has beaten me to it and is currently finishing it up before I get my chance.) 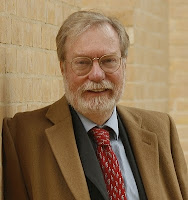 Anyway, Collier was in town promoting his new book, "The Plundered Planet", of which I have just bought a copy. To quote the book jacket: he ambitiously aims to "reconcile the immediate needs of the world's burgeoning population with a sustainable environmental future".
Collier is a very good speaker and much of what he said last night made eminent sense. For example, he talked about the pitfalls of poor — but resource rich — countries trying to strictly emulate the Norwegian model for managing a sovereign wealth fund. In particular, these nations should almost certainly focus on significant capital development in their own countries rather than investing in equities around the world as Norway has done. (The latter makes sense for Norway since it already has an incredibly high level of in-country per capita investment.)
He also dismissed the curious notion that developing nations should preserve their natural environment based on the (ethical?) preferences of people in rich countries. [Tip: If you really don't want someone in a poor country to develop a wetland, rainforest, etc... Pay them not to.] Along these lines, Collier made the interesting observation that China's strategy in Africa — resource extraction in return for infrastructure — is effectively a monopoly. In other words, if you're an African country in the business to sell your resources in exchange for infrastructure development (without too many strings attached), then China is pretty much the only option available to you.

Now, international agencies such the IMF and World Bank have typically shunned Chinese-style, "resources-for-infrastructure" deals as opaque. Instead, they prefer a more conventional "resources-for-cash" exchange, whereby local governments would build their own infrastructure using money/FDI paid into their treasuries. However, there are many reasons to believe that the Chinese model may be far more attractive to a prudent finance minister of a developing nation. Certainly, he or she might fret over how large a share of the money pie the presidency will ultimately allocate to infrastructure at the end of the day (versus other areas such as military or governmental salaries). By doing business the Chinese way, the finance minister can at least rest assured knowing that badly-needed roads, bridges, etc are going to be built. Thus, if more OECD governments had been prepared to imitate some elements of the Chinese model instead of just criticising it, competition would likely have yielded better environmental and infrastructure outcomes for developing countries than the current situation where China operates alone.
Having said the above, some of Collier's arguments not make sense to me. After providing a nice description of the concept of resource rent, he went on to apply a few insights to the case of transnational resources - in this case, fish. He argued that overfishing is in large part down to the fact that economic rents are not being captured/taxed by any regulatory bodies; that abnormal profits are accruing straight to fisherman which encourages them to overfish. Now, I'm not particularly sure about the direct causation he offers... I think it's just that there are too many people fishing (because of a lack of property rights in the world's oceans), rather than it being a matter of easy profitability. I also wasn't convinced by his proposed solution as he seemed to be arguing for a regulatory system on international fisheries, whereby taxes would be paid to the UN in order to fund the World Food Programme. While admirable its idealism, this scenario strikes me as highly unlikely.
Still, I guess I better read the book before commentating further. It's a few back in the queue right now, but I've certainly heard enough to pique my interest...
Twitter Facebook LinkedIn